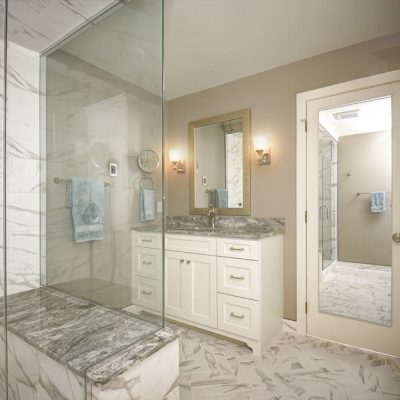 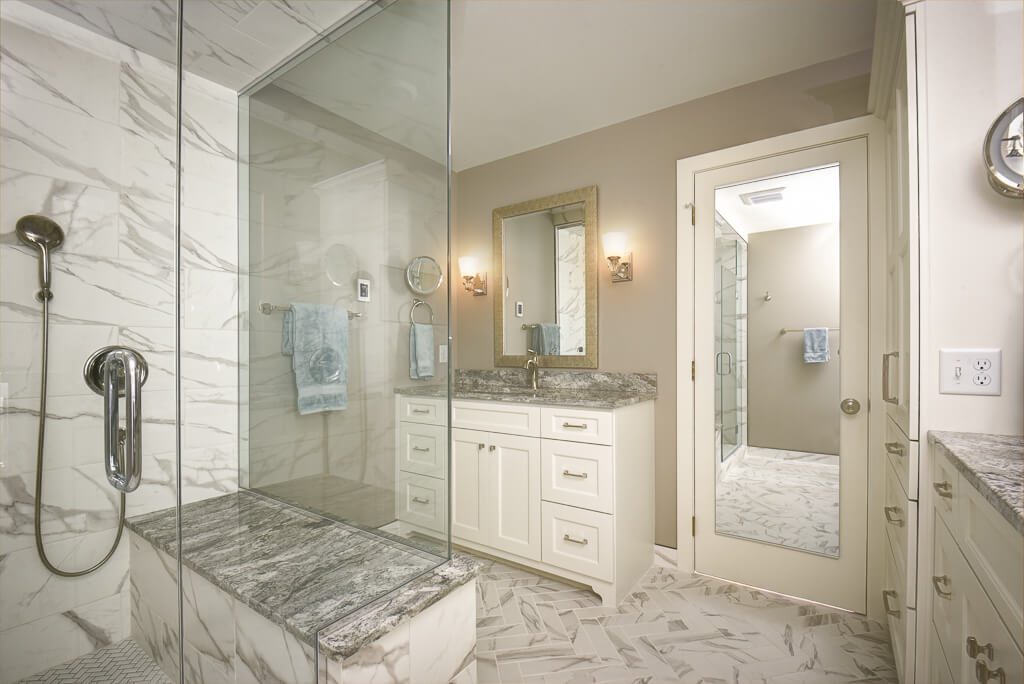 At J. Carsten Remodeling, we love helping our clients breathe new life into their home design. So, it’s no surprise we were all in when this Eagan couple asked us to transform their cramped master bathroom. Originally built in 1989, the master bathroom included a large whirlpool tub, tiny fiberglass shower, and double vanity. Topping it all off was some very dated wallpaper.

The homeowners had clear goals for this remodel, including:

Before the project got underway, we presented them with two design options. They opted for the second design, which included separate His and Hers vanities with attached linen cabinets and an oversized, walk-in tile shower. They also added a towel warming drawer, lighted mirrors, and in-floor heat to the final design plan.

Little did we know, the towel warming drawer would be one of the most challenging things about this project! When installed according to the manufacturer specs, the drawer would stick out about 3/8″ further than the other drawers. In order to make the stainless steel portions of the drawer disappear, Jason spent several hours modifying the cabinet to fit the warming drawer.

Despite that minor setback, the finished remodel came together beautifully! One of our favorite features? The tile combination! Jason notes, “the tile pattern and herringbone floor tile are wild and really tie everything together with the matching shower bench and vanity tops.”

When asked what he enjoyed most about this project, Jason says, “Throughout the design process, The J.Carsten team collaborated with the Studio M/Mingle team and the client to make sure everything turned out exactly as expected. The clients were very open to new ideas. Months later, they still love their shower and the patterns; the his and hers vanities are a nice plus as well.”

Scroll below to see more of this stunning bathroom remodel, and get in touch if you’re ready to start your next remodeling project. 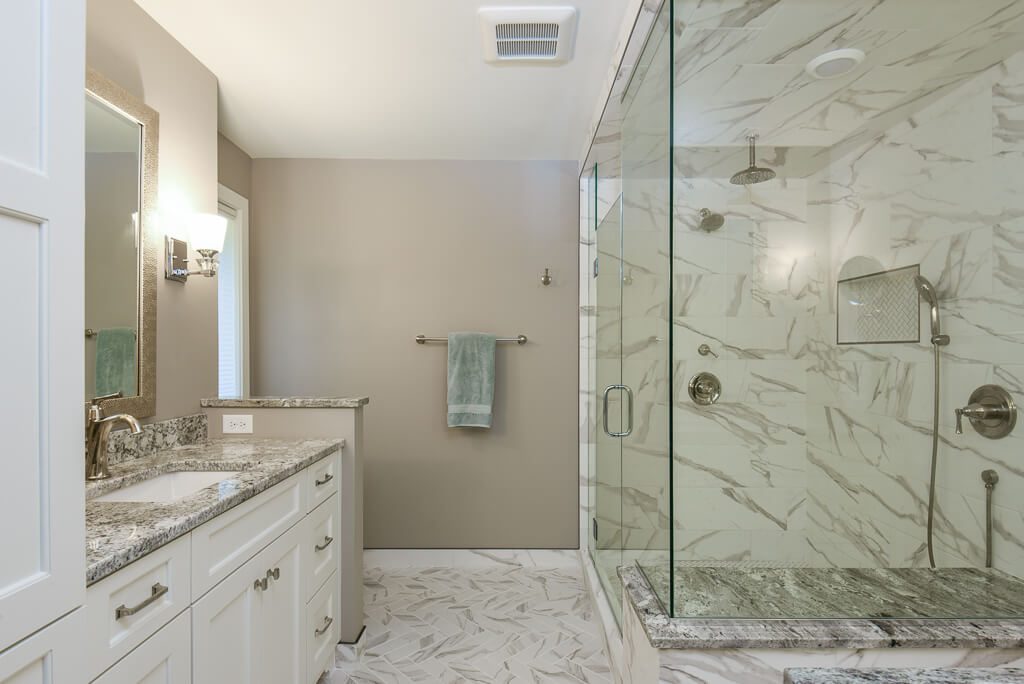 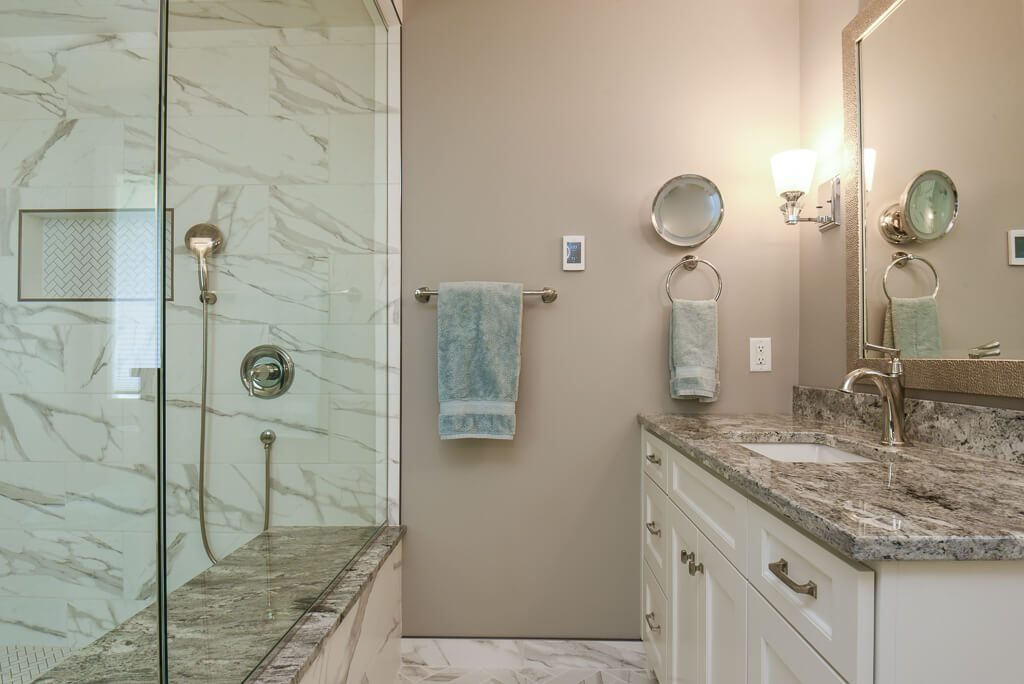 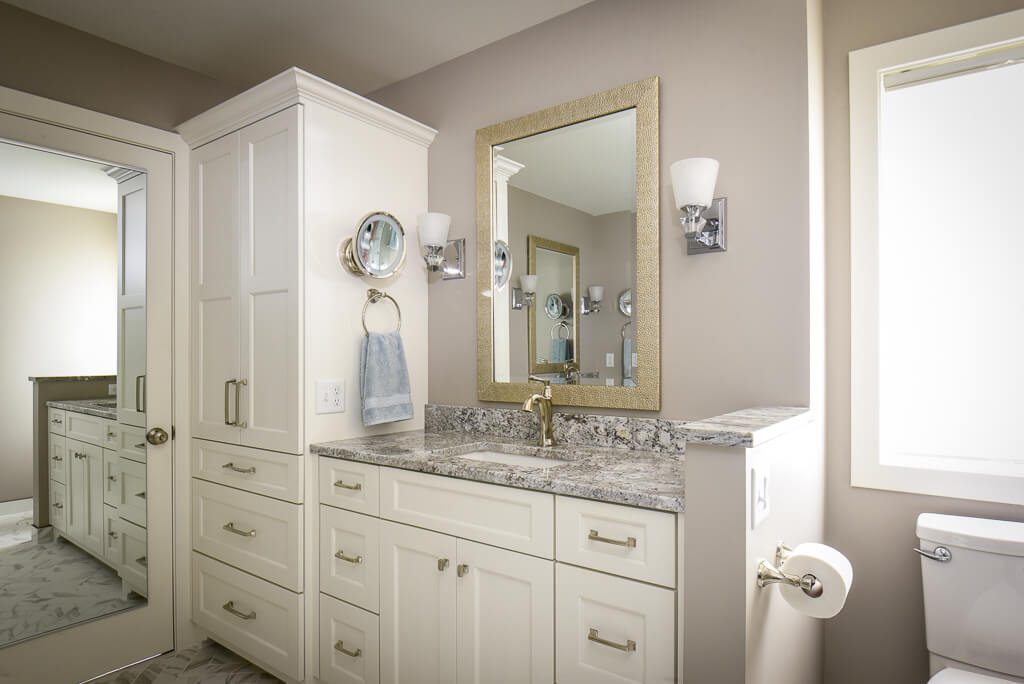 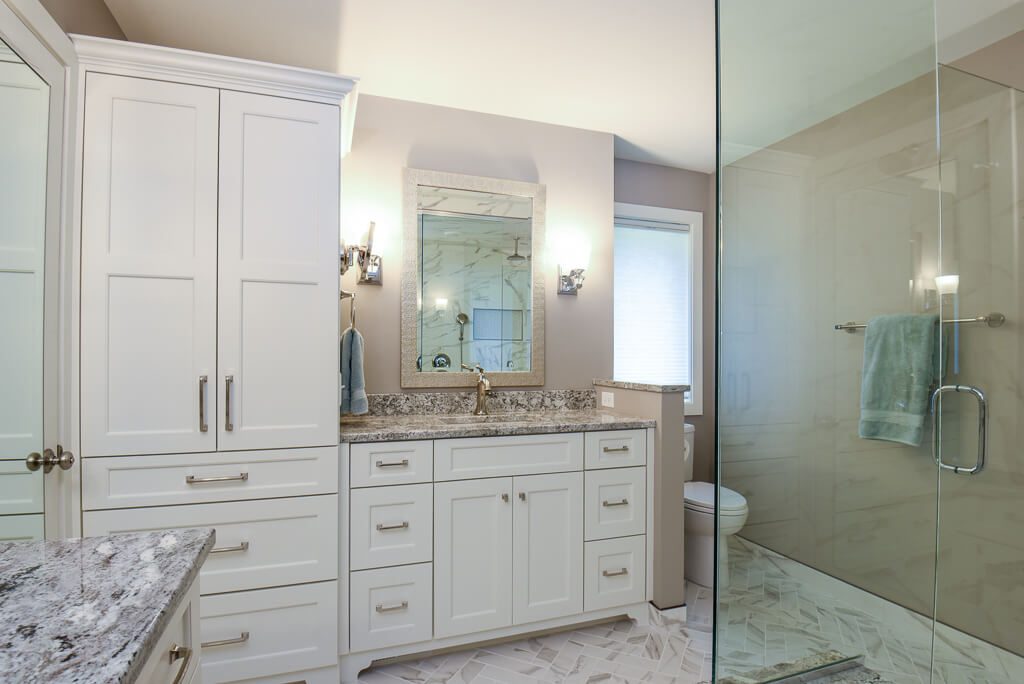 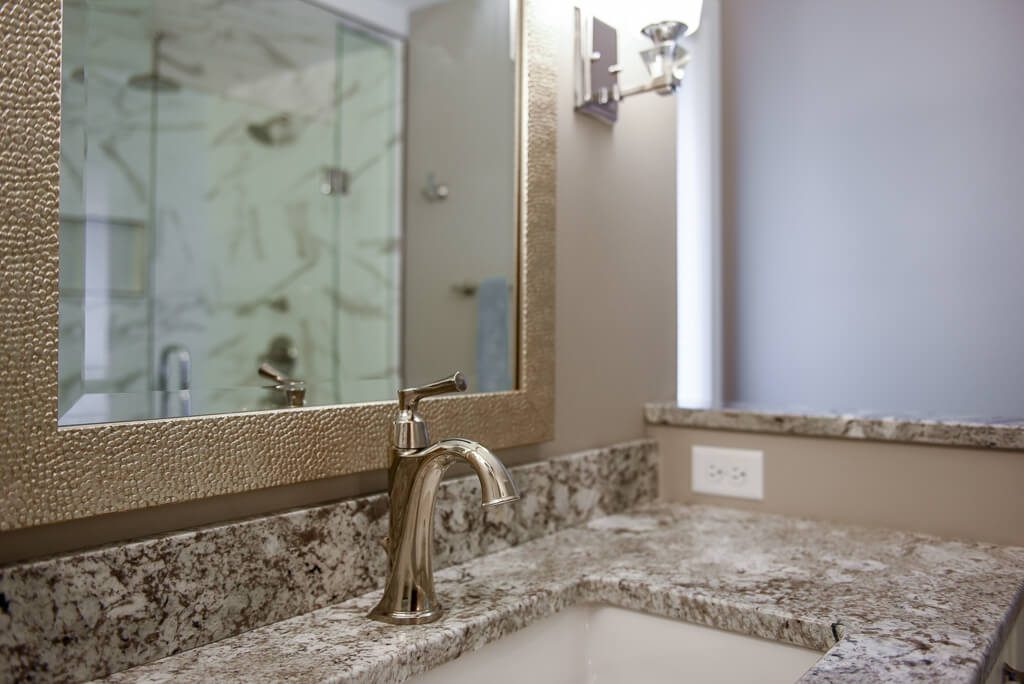 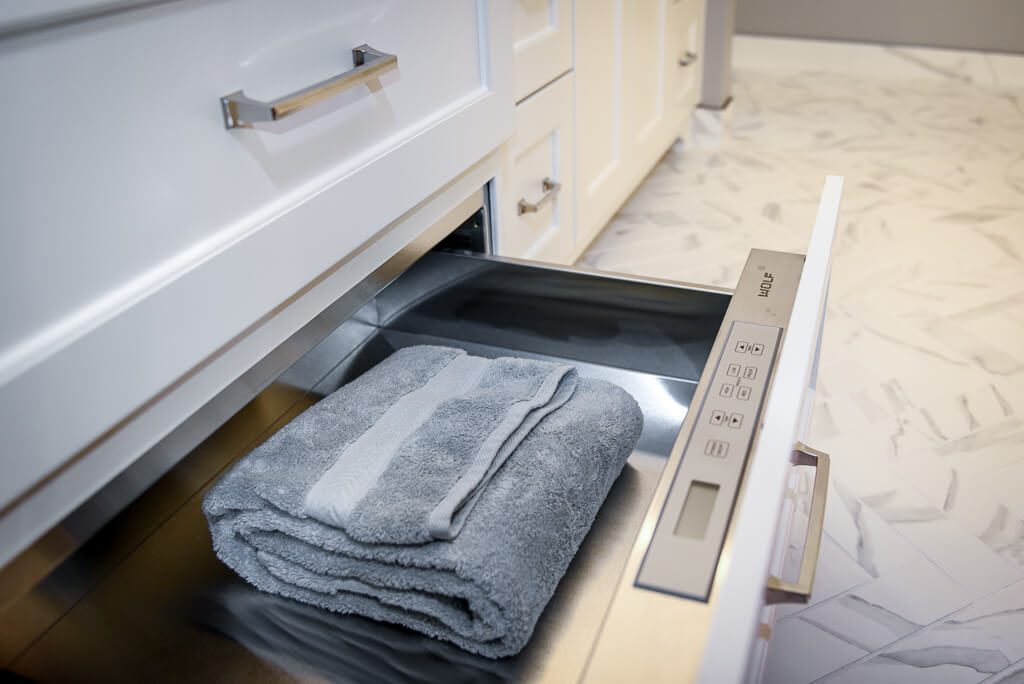 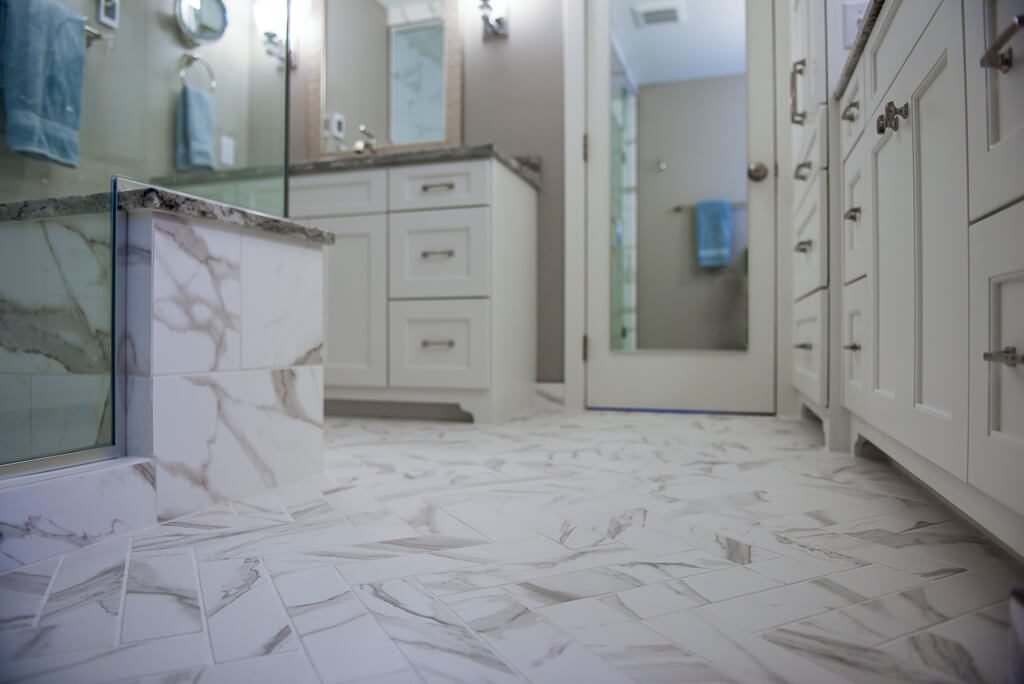 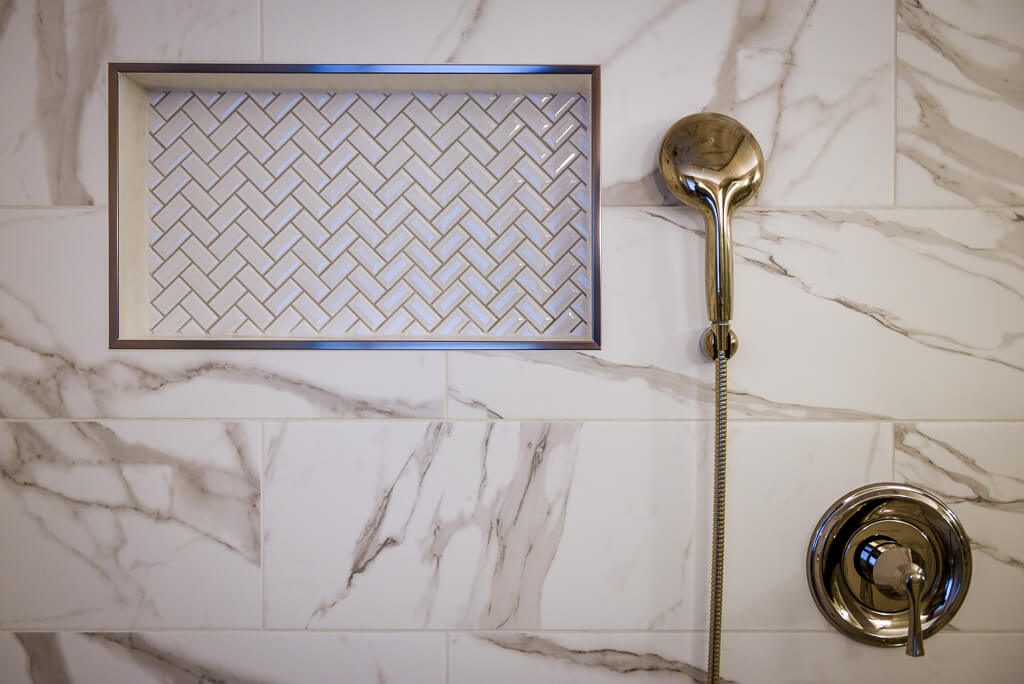 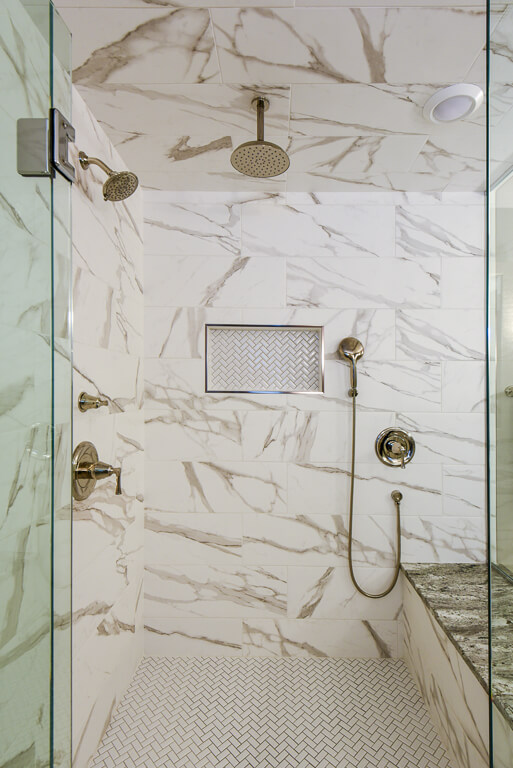